I hope this letter finds you well. I would like to compliment you on staying yourself during this nasty election campaign. It takes a strong self to stand aside, while a husband goes around shouting ‘fuck all’ about ‘kinda fucking everything’. I admire the way you kept yourself from going off on him in public. I know I wouldn’t have been able to contain myself.

To be honest, I was rooting for the other guy, albeit a lady. I must say though, that I’m very happy you will be the new first lady. I feel a lot happier knowing you’ll be there, in the background, than I would have felt about Bill. You’re such a breath of fresh air.

I said that I admire you, and I mean that. I like you. Off course I don’t know you personally, but I feel like I kinda do. I feel like we’re kindred spirits. We both grew up in Europe. We both have men who, on occasion, say things that make our ears flap. Come to think of it, don’t we women all? It’s not without reason they say: ‘Men. Can’t live with them, can’t live without them.’ I feel you sister!

You were one of the supermodels I looked up to growing up. I confess, I slightly adore you. And look at you now, living the American dream! Good for you. I don’t believe in straying from your true self, so I would never ask you to change your behavior towards your husband. I would like to ask you one thing though.

Please don’t. I feel we can bounce back from every other bad policy change, but not from that. Please don’t let him start World War III. Not directly, but not indirectly either.

We both went to high school in Europe, so we probably experienced the same repetitive harassment about the events leading up to WWII. At the time I was thoroughly uninterested and bored with it, but now I understand why they kept going on about it. A series of unfortunate actions, decisions, and sentiments, though meaningless by themselves may lead to some disastrous events. And coming January your husband will be (indirectly) in control of some of them.

For your convenience, I’ll list the ones that are, in my opinion, most ardent.

It appears that a group of people feels they’re treated unfairly. To them it seems like progress is happening all around them, but not to them. And it appears they’re blaming minorities. This is happening not only in the US, but all over the western world. Your husband has used this sentiment in his campaign, although I still hope he didn’t mean what he said. Please, would you try and persuade him to soften his tone, at least in public?

In the 1930s two countries in Europe were looking to expand their borders. I don’t need to tell you these were Germany and Italy, and that now they are no problem. There is now a country on the edge of Europe doing this very thing: Russia. Just before the second world war the rest of Europe and the US stood idly by and let Hitler take country after country. Please don’t let this happen now. I feel you of all people are the person to do this. Seeing that you were born in de Sovjet Union, but grew up in Slovenia. Let’s be honest, would you want Russia to annex your motherland?

As during the interbellum two European countries have elected leaders that seem to have an uncanny resemblance to dictators. I am off course talking about Poetin and Erdogan. The mistake then was condoning their behavior and going out of the way to please them. The theory was to keep them happy and out of war. It didn’t work. I was aghast to learn that your husband plans to ‘tighten relationships’ with Russia and Turkey. Does he really think that history will turn out differently this time?

War in the East

About eighty years ago the second Chinese-Japanese war started. Of course things are pretty settled there at the moment, but there is a war raging in the other East. At the moment it’s reasonably contained there, with the exception of a number of horrid terrorist attacks. It feels to me like the only way your husband is acknowledging this, is by intensifying the screening process for middle eastern people entering the United States. This worries me. It’s what I call ‘symptom management’ without eradicating the disease causing them. I’m  not saying he should personally solve this problem, but I think he could tell some very qualified people to focus on this.

And that brings me to my final point, American non-interventionism. I’ve heard your husband say he wants to retreat from warzones. He wants to back out of climate agreement. Apparently he feels safe between two big oceans. Two oceans that will only get bigger if we don’t tackle climate change together. Believe me, if we, Europe, could do this ourselves without you we would, but we can’t. We can’t stop climate change ourselves when The Biggest Country in the world refuses to. And I fear we can’t contain the Assads, Poetins and Erdogans ourselves either.

We need you, America, and we need you, Melania, to convince the future president.

I trust in you; you can do this. You’re not the first wife to talk some sense into her husband. Years of evolution have prepared you for this. You can do it. We women can do this. Yes We Can!

I hope I have convinced you of the pressing state of affairs. Thank you for your time and consideration. I’ll leave you to enjoy the quiet before the storm. Enjoy this time, enjoy the last holiday season before the craziness starts. 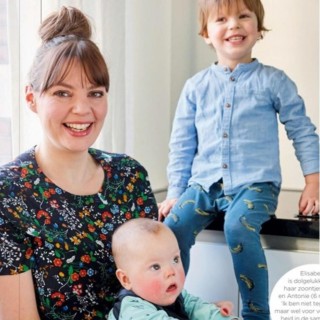